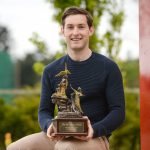 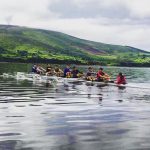 UCD won the Leander Trophy for Mens Senior 8+ at Cork Regatta for the first time since 1971 with wins also coming in Mens Intermediate 8+ and Mens Club 2 8+.

Crews battled through wind and rain in Blessington for Dublin Metropolitan Regatta, with UCD taking home wins for Senior 4+, Intermediate 8+ and Novice 8+.

Although some events were curtailed by a lack of entries the centrepiece was again UCD vs Trinity in the Mens Senior 8+, with College prevailing by 2 1/4 lengths.