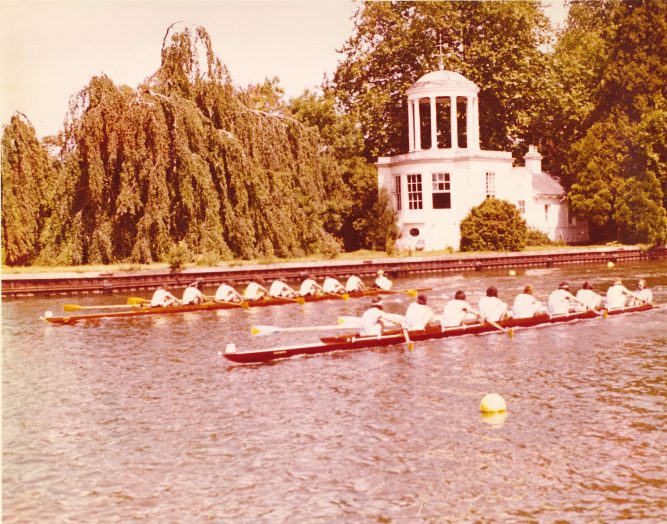 In 1974, it appeared that the club’s hopes would rest with a Senior Four – all that remained of the ’73 championship crew. A Senior Eight was formed from the Maidens and the Juniors of the previous year. From this boat emerged a very strong second Senior Four, which was unbeaten. The first Four again competed on the continent and it won the Elite Fours at Ostend Regatta by a canvas from S.N.Bass Seine of France in the final.

Before leaving for England an Eight was formed by amalgamating the two Senior Fours. This crew competed at Nottingham International Regatta on the week-end prior to Henley and won the Elite II event by five seconds from Harvard and four others in the final. Since Harvard were favoured to win the Thames at Henley – in the event they were overhauled and beaten by three-quarters of a length by the Belgians from Antwerp – this result indicated that College were serious contenders for the Ladies’ Plate.

And so it proved. They progressed comfortably to the final where they beat the University of London by one and a half lengths. This was the first Irish crew victory at Henley since 1903, when Trinity had won the Thames Cup, and the first victory in the Ladies’ Plate since Trinity’s in 1875.

It was a great Irish Henley; that night in Theo McCammon’s “Horse and Groom” on New Street, there were two Irish trophies – UCD’s Ladies’ Plate and Sean Drea’s Diamond Sculls, his second of three. These victories were a turning point in Irish rowing, a psychological barrier was removed and in the following 13 years Garda B.C were to win three Henley trophies, Neptune R.C, two, UCG one and Trinity the Ladies’ Plate in 1977. 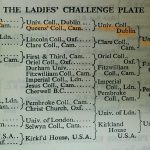 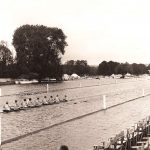 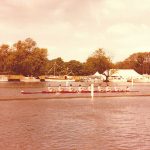 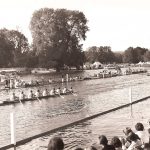 Semifinal – the verdict was 3 lengths 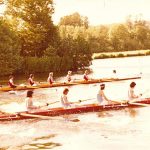 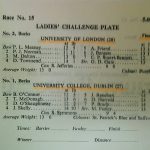 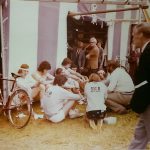 Geoffrey Page talks to the crew 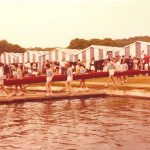 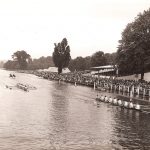 Final – against University of London, who had defeated Imperial College in the other semifinal. 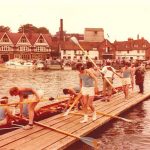 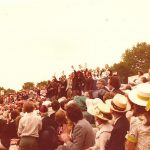 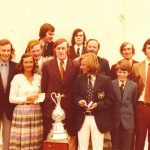 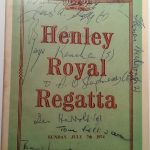 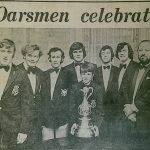 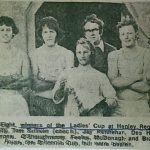 Martin Feeley, Pat Brady, Tom McDonough, Denis O'Shaughnessy and cox Gerry Homan also raced a 4+ in the Britannia Challenge Cup. They reached the final, which had been rescheduled to take place after the Ladies Plate final, but were beaten by Wallingford. 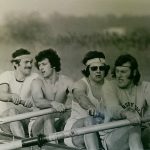 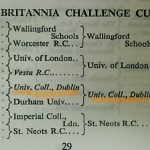 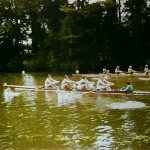 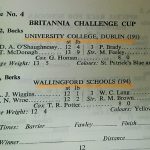 The crew reunited for a row-by at the 2014 edition of Henley Royal Regatta. 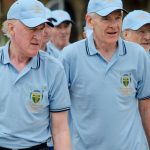 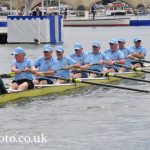 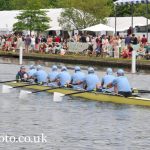 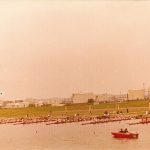 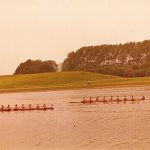 Left to right: UCDBC, Quintin BC and Harvard in final Elite II 8+ 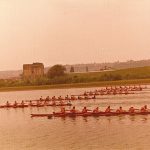 UCDBC move into lead just after start of final 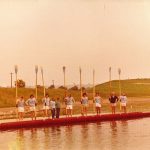