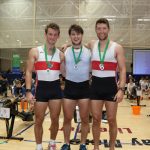 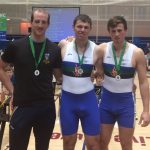 A very successful Gala Day at the boathouse on Saturday, celebrated with many current and past members as well as family and friends. Four boats were named by the club - Johnny Devitt, Dorothy, Ad Astra and Cothrom na Féinne - while @ucdlbc unveiled two boats in honour of Claire Lambe and Eimear Lambe.#rowing #irishrowing #aviron #rudern@ucd_hpg @ucdsport@universitycollegedublin ... See MoreSee Less