UCD’s Intermediate, Club and Novice 8s got their regatta season underway with some head to head racing at Neptune and Commercial regattas in Islandbridge at the weekend.

Our Senior 8+ spent the weekend in Blessington training for next Friday’s University Championships so our Intermediate group stepped up to race at Senior level at Neptune Regatta, while our Novices took the opportunity to race their 8+ on both days along with quads in Commercial Regatta.

It was a chance for all crews to get some early regatta season racing done after a long and stormy head season that saw many events cancelled.

First up at Neptune on Saturday was the Club 1 8+ semi-final. UCD started well but Commercial took a length through the middle of the course. Despite a late charge, UCD finished a canvas down.

Next was the Senior 4+ straight final, where UCD faced a strong Trinity combination. The crews matched each other for the first 500m but after the Garda bend Trinity began to ease away, making the most of the flow on the South station to finish 1 1/2 lengths ahead.

The same flow worked to UCD’s advantage in the Senior 8+ semi-final when they faced Trinity B. Both crews were essentially Intermediate 8s and matched each other for the first 500m, with UCD taking no more than 1/4 length. Trinity’s North station gave them the advantage on the Garda bend and the crews drew level again, but once straight UCD had the flow and took full advantage, pushing out to 3/4 lengths by the finishing line.

An experienced Commercial crew knocked out Trinity A in the other Senior 8+ semi-final so it was a UCD v Commercial final. Both crews started fast, level to 300m before Commercial’s quicker mid-race pace began to show. They were able to continue moving ahead over the middle of the course with UCD making up some ground towards the end but ultimately finishing just over 2 lengths back.

UCD’s Novice 8+ performed well against a weakened Trinity crew in their category, finishing 3 to 4 lengths ahead. However, their oars had clipped a lane marking buoy earlier in the race and the umpire deemed them disqualified.

The UCD Novice 8+ encountered a similar situation the following day at Commercial, beating Trinity in the semi-final but this time disqualified against Neptune in the final. They also raced the Novice 4x event, with UCD A beating Sligo in the quarter-final but losing to New Ross in the semi-final. UCD B did not start and UCD C were beaten by the same New Ross crew in the quarter-final.

Big congratulations to UCD Ladies Boat Club’s Novice 8+ who were winners at both Neptune and Commercial, also reaching the final of the Novice 4+ at Commercial.

All crews will look to use this weekend’s experiences as they build towards the University Championships next Friday and beyond.

Finally, thanks to both Neptune Rowing Club and Commercial Rowing Club for organising the weekend’s events. 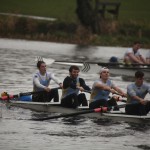 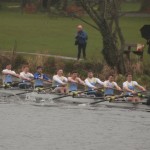 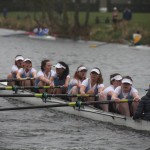 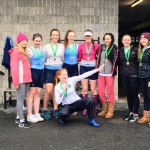