UCD’s Senior and Intermediate 8s competed at the 2016 Head of the River race from Mortlake to Putney on the River Thames in London on 19th March.

This was the first UCD Senior 8+ to race at the event since 2009 so the crew was not seeded as highly as their current form would suggest, beginning the race in 44th. Despite this, they made their way through the field well and overtook a number of crews, although they were unfortunate to encounter one boat on a corner which resulted in a deviation from their preferred racing line.

Full results are available at horr.co.uk. 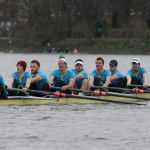 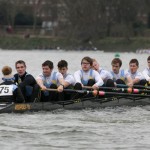